Last night our Men’s 2 were away at Emerson Park Academy to take on Emerson Eagles 3 in the BHDBL Men’s Division 3 match.  The lineup for the night was:-

With 9 of the games finishing 21-18 or closer, it was an unbelievably close match where either team could have come out the winners.  As you can see from the scorecard, there were several rubbers which went to a decider which shows how close the match was.

Very unlucky lads not to get a better result but you secured the valuable league point to keep us moving in the league.  Next up is our first home match of the season against Wychelm on the 6th December.  Let’s regroup and get some practice in to make sure we secure the full 3 points and get our home fixtures off to a winning start! 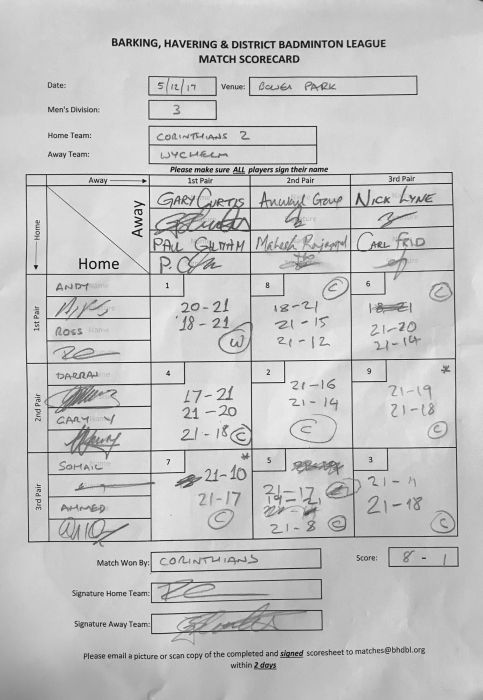 Men’s 2 Back to Winning Ways